‘Stay Away’ WAS a Play 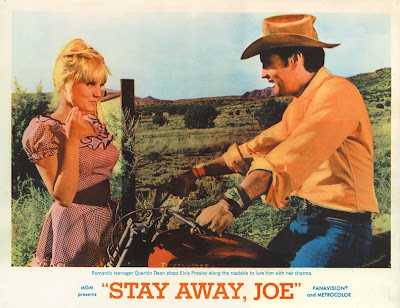 Elvis Presley made his comeback in Las Vegas but he had a comedown in Sedona, where most of Stay Away, Joe, arguably the bottom of the barrel of his film career, was shot in 1967. The most unfortunate side effect of decades of critical trash talk is that the movie hides one of the most beautiful Sedona moments ever filmed: The main title sequence features Elvis singing “Stay Away” while you see a breathtaking aerial sweep over the open spaces and jagged peaks of the red rock landscape play out on the screen. 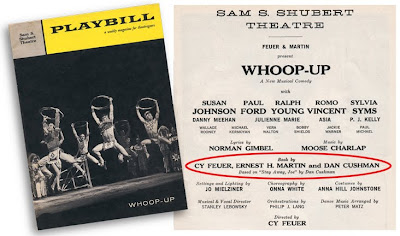 But Elvis’ flop Sedona film was a flop on the Great White Way first. When I reported that the novel Stay Away, Joe previously had been the basis of a Broad­way bomb entitled Whoop-Up, some people accused me of putting them on. As this theatrical footnote has rarely ever been acknowledged in accounts of the movie, I was challenged to provide proof; after much coast-to-coast rummaging, behold the Whoop-Up smoking gun: a Play­bill from Jan. 12, 1959. 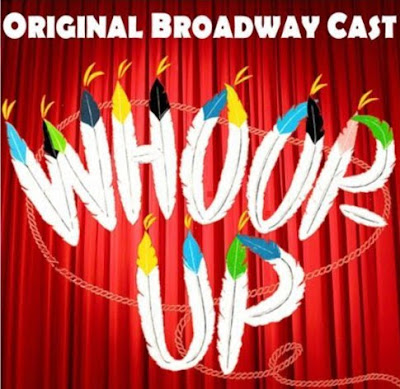 Somewhat familiar names involved in the musical comedy included Ralph Young as Joe (the role later played by Elvis), who would go on to co-star in sexploitation auteur Doris Wishman’s Blaze Starr Goes Nudist in 1960 before gaining renown in Vegas and supper clubs as half of the duo Sand­ler and Young; and Norman Gim­bel, who would later compose the themes for TV’s Happy Days and Laverne and Shirley.

Alas, despite the bounding enthusiasm of the “Native Ameri­can” chorus boys you see on the Playbill cover, the show closed after only 56 performances. If I hear about any 52nd anniversary celebrations in January 2011, I’ll let you know. In the meantime, there’s a full account of this long-forgotten Broadway dud in the Stay Away, Joe chapter of Arizona’s Little Hollywood.––Joe McNeill
Posted by Arizona's Little Hollywood at 10:21 AM