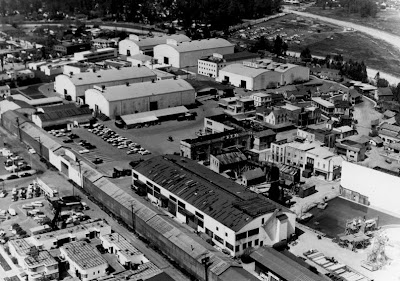 The Republic lot in the 1950s. Photograph courtesy of Marc Wanamaker, Bison Archives

Don’t miss this one! The Cultural Affairs Committee of the Studio City Neighborhood Council and the Museum of the San Fernando Valley will salute the 75th Anniversary of Republic Pictures with a free event on Saturday, September 25, 2010. The celebration will take place at the former Republic studio lot, now CBS Studio Center (4204 Radford Ave., Studio City, California) from 11 a.m.-5 p.m., and stars like Joan Leslie, Adrian Booth, Hugh O’Brien, Anne Jeffreys, Peggy Stewart, and Jane Withers are slated to attend.

The big blowout will feature screenings of Republic films, serials and trailers; memorabilia exhibitions; live performances of swing and western music, and entertainment by gun spinners, rope twirlers, trick horses and cowboy poets. There will be panels of industry experts and celebrities talking about everything from the early days of movie special effects to what it was like to work at the studio; film historian/critic Leonard Maltin will moderate one of the star panels. A special Republic Pictures commemorative cancellation for the U.S. Postal Service’s "Cowboys of the Silver Screen” stamps will be available onsite, and I’ll be there signing copies of my book Arizona’s Little Hollywood, too.

There will also be a pair of warm-up acts commemorating Republic Pictures prior to the main event in Studio City. On Sept. 15, the Egyptian Theatre in Hollywood (6712 Hollywood Blvd.; 323-466-3456) will screen a double feature of Republic films, and on Sept. 21 at 7 p.m., film historian Marc Wanamaker will give a free talk about the history of Studio City and Republic Pictures at the Studio City Library (12511 Moorpark St.; 818-755-7873). 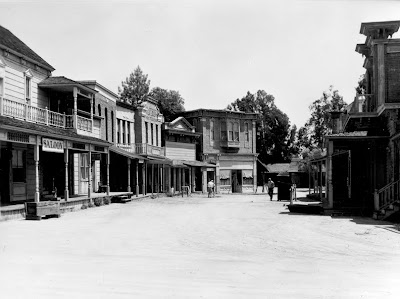 Founded in 1935, Republic Pictures specialized in B-movies heavy on action and adventure, the twin staples of Saturday afternoon matinees. The studio launched the careers of American icons John Wayne, Gene Autry, and Roy Rogers, and rocketed cliffhangers like 1941's The Adventures of Captain Marvel into the pop culture stratosphere during its 24 years of active production. Other classic Republic films include Under Western Stars (1938), Macbeth (1948), Sands of Iwo Jima (1949), The Quiet Man (1952), and the Sedona-filmed Johnny Guitar (1954).––Joe McNeill