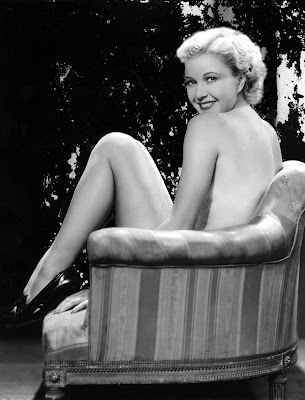 “If anything should happen to make me drop out of pictures right now, I feel as though I would be much ahead of the game for the experience I’ve had. Of course, I hope to be able to carry on for some years yet. But there is no telling when one’s picture life will come to an end. And when mine comes, I won’t cry––I will be glad to have had a taste of it.

“The first thing I would do if I were forced out of pictures would be to look for a job in an office. I believe the poise and experience I have acquired in pictures would be of help to me in getting a such a job, too. Poise is just as important in an office as anywhere else, although most girls don’t seem to consider it so."––Actress Cecilia Parker quoted in a newspaper interview published on May 10, 1932, a few days after she completed Sedona location work for Fox Film’s Mystery Ranch. Ms. Parker made her credited movie debut seven months earlier in Zane Grey's  The Rainbow Trail, the Grand Canyon-filmed sequel to the photographed-in-Sedona Riders of the Purple Sage. All three Westerns starred George O’Brien. In a joint TV interview fifty years later, both Parker and O’Brien recalled that the 17 year-old neophyte actress had an on-set tutor while filming Rainbow Trail. They were probably referring to Fox’s staff acting coach Minna Gombell, who was also a member of Rainbow Trail’s cast and went on location in the Grand Canyon with them.
Posted by Arizona's Little Hollywood at 9:53 AM