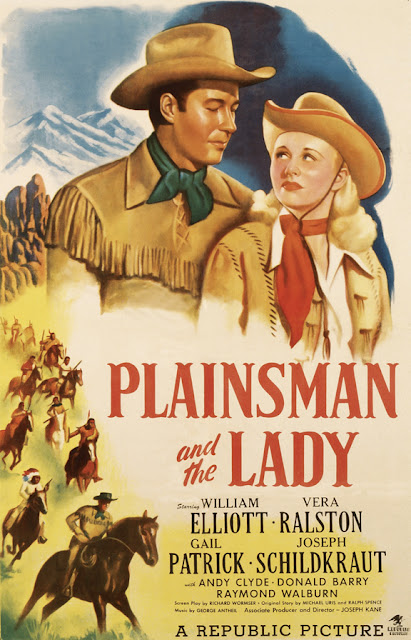 Even though Monument Valley has less than four minutes of screen time in Stagecoach, it made an indelible impression on Moviegoers in 1939. But it wasn’t the first time they’d seen it in a film. In late August 1938, six weeks before he brought John Ford to Monument Valley to scout locations for Stagecoach, Flagstaff rancher/movie coordinator Lee Doyle arranged for an MGM crew to film exteriors there (and in Sedona) for George B. Seitz’s Out West With the Hardys; inexplicably, the Mickey Rooney-starring sitcom would pull into theaters (more than three months before Stagecoach) with no easy-to-ID Monument Valley real estate in sight. In 1940, Seitz returned to Monument Valley for the third time to direct indie producer Edward Small’s Kit Carson with Jon Hall.

After Stagecoach delivered boffo box office, moviemakers rolled into Monument Valley. Before he was replaced by producer Howard Hughes, Howard Hawks planned to direct a scene or two there for Jane Russell’s controversial “sex Western” The Outlaw at the exact same time in 1940 that MGM had a unit among the buttes shooting action sequences for its competing Billy the Kid. MGM would send a cameraman back in 1945 to film rock eye-candy backdrops for George Sidney’s Judy Garland songfest, The Harvey Girls.

Following the lifting of World War II travel restrictions, a Republic Pictures second unit shot a chase sequence in Monument Valley for its 1946 William Elliott Western, Plainsman and the Lady (aka Drumbeats Over Wyoming). Oh, by the way, Wild Bill’s people beat John Ford to the valley by a few days when he went back (his first visit since Stagecoach) to make My Darling Clementine for Twentieth Century-Fox. Concurrently, Yakima Canutt, Stagecoach’s stunt coordinator, was there too, directing the main title action of John Wayne’s Sedona-based Angel and the Badman for Republic. 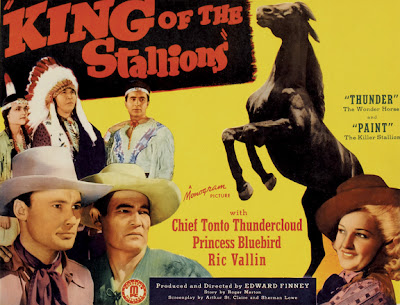 Curiously, not every Monument Valley movie was actually filmed in Monument Valley. Then as now, Hollywood producers were quick to pounce on trends, so to cash in on the valley’s post-Stagecoach mythic status, Poverty Row studio Monogram Pictures released King of the Stallions (aka Code of the Red Man) a 1942 obscurity that on-screen credits ballyhooed as being “filmed in Monument Valley, Arizona.” In fact, the “Monument Valley” turf seen in the flick is mostly Sedona’s Red Rock Country, courtesy of extensive footage lifted from Grand National Films’ 1938 King of the Sierras, a slapdash B picture that quickly put fading Rex the Wonder Horse out to permanent show-biz pasture.–– Joe McNeill. Originally published in the July/August 2011 issue of Sedona Monthly
Posted by Arizona's Little Hollywood at 7:52 AM