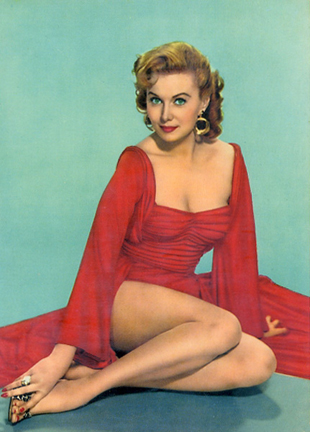 1950s movie queen Rhonda Fleming made her mark in Hollywood quickly, turning heads with her first high-profile role in Alfred Hitchcock’s Spell­bound in 1945, followed by striking character roles in enduring thrillers The Spiral Staircase in 1946, and Out of the Past in 1947. Lead roles in films with Bing Crosby and Bob Hope followed, and she’s been Hollywood royalty ever since. She starred in two westerns in Sedona – The Eagle and the Hawk (1950) and The Redhead and the Cowboy (1951). I chatted with her in 2007 about how she went from jittery teen running late for school to a featured role in a Hitchcock classic. For more on her life and ongoing charitable works, visit her Website at www.rhondafleming.com.––Joe McNeill

JM: Your “discovery” is the stuff of Hollywood legend; is the story true?

RHONDA FLEMING: It’s a Cinderella story. I was about 15, 16 years old. It was early in the morning, there wasn’t anybody around. I was running because I was late for school in Beverly Hills. I noticed a big black car with a man inside who kept looking at me. It scared the heck out of me, and I ran faster. By the third block he got out and I froze. He came up to me and said, “Young lady” – and this sounds so silly now, but it’s exactly what he said – “have you ever thought of being in motion pictures?” I said, “No sir, I haven’t and I’m late for school.” Mother warned me about men like that! [Laughing] So I said, “I have to go.” He asked “Where do you live?” I said, “I live with my mother.” I told him the address, and I ran. By the time I got home he’d already been to see my mother. The man was Henry Willson, a very famous agent. In those days an agent would find a “would-be/could-be” actress or actor, get them under contract, and get their ten percent. Later, Henry became David O. Selznick’s right arm. He called me and said, “I want you to meet Mr. Selznick.” I didn't know who Mr. Selznick was. Of course, I was to learn he made some of the biggest pictures ever. 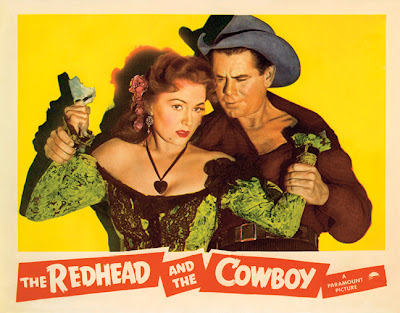 I have to give Henry all the credit, because he saw something in me I didn’t even know I had. I went to meet Mr. Selznick, he asked me a few questions, and I left. About a week later, Henry called and said they wanted me to do a cold reading. They handed me a paper and I read the lines. Then he said they’d probably want to give me a screen test.

This is so funny. We went down to the commissary for lunch; I was wearing a cute little skirt with a little off-the-shoulder blouse. Pretty soon a group of men came in and sat at a table. I was trying to eat, but they all kept looking at me. I said to Henry, “I can’t eat [with them staring].”

“Well, what are they looking at?” 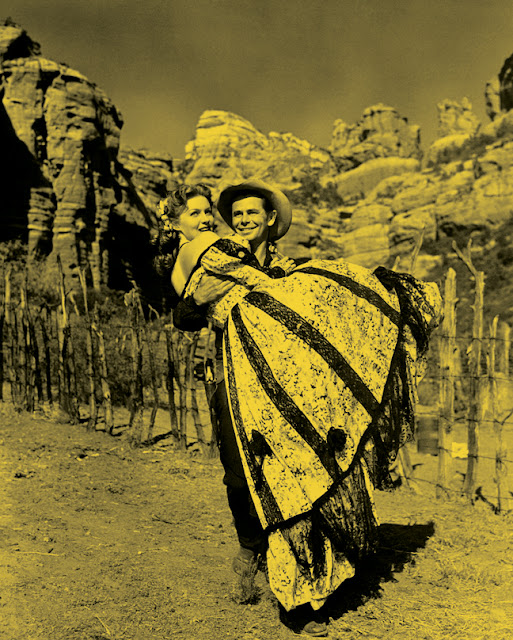 Pretty soon, they got up, came over to us and one man leaned down and whispered into Henry’s ear. Afterward, I asked Henry what the man said. He told Henry, “Never mind the screen test, we’ll just sign her.”

Later, Henry called me and said, “Well, you've got your first part.”

“It's a film called Spellbound and you are going to have a top featured role with Ingrid Bergman and Gregory Peck. You’re going to play a nymphomaniac." What on earth did they see in me?

I didn't even know what a nymphomaniac was. My mother had to look it up in the dictionary! From a cute, youthful summer outfit, they saw a nympho­maniac? Maybe it was the way I read the lines. I don’t know. But Spellbound was incredible. The part was strong and ahead of its time. It was a great start for my career and I went on to make over 40 films.
Posted by Arizona's Little Hollywood at 4:05 PM

Email ThisBlogThis!Share to TwitterShare to FacebookShare to Pinterest
Labels: Alfred Hitchcock, Arizona, Bob Hope, David O. Selznick, Film History, Gone with the Wind, Out of the Past, Rhonda Fleming, Sedona, The Eagle and the Hawk, The Redhead and the Cowboy, Westerns