DAN: “The first successful movie I wrote was called Tank. It was with Jim Garner, Tommy Howell, Shirley Jones and Jamie Cromwell. After that, I did a picture called Gotcha! with Anthony Edwards and Linda Fiorentino. Today, if I meet any 45-year-old man, they tell me they were in love with Linda Fiorentino. Evidently it was a big hit for 15-year-old boys, who would ditch school to see the movie. I did one of the first HBO films called Gulag, and then I did Passenger 57.

“Passenger 57 was a really big hit movie. That made me flavor of the month for a while. As a writer, you don’t ever deal with fame like a movie star. No one knows who writers are, which is the joy of being a writer. You make a very good living, and you get the fun of working in movies, but you don’t have to worry about the paparazzi. [Passenger 57] gave me access to any studio for anything that I wanted to do. You can probably get a good two or three years off of a movie like that.

“Character-driven drama at the studios no longer exists, and the movies [today] usually end in the word ‘man.’ Batman, Superman, X-Men. I actually turned down writing Transformers because I said I didn’t have anything to bring to the table. None of the movies that I did, including The Hurricane with Denzel Washington, would be made today. The best you could hope for would be to make the movie as an indie and hope a studio would distribute it.

“Wyatt Earp took a few years to get made. I had pitched it to Kevin Costner when he was editing Dances with Wolves. He was a very bankable actor but not yet the Oscar-winning megastar that he became. It was a very, very easy pitch. The problem was, he got very hot, and Kevin had the habit of immersing himself in a character and not doing any other work while he was working on that particular character.

“I hate Wyatt Earp. When I finished the screenplay, I think it was one of the best Western scripts that anybody had done. I was enormously proud of that screenplay. The idea was to do a Western Godfather and make it the story of two crime families and one law enforcement family. If you saw the movie, you saw it was about one law enforcement family, but there was no crime family. It was really God-awful. When Kevin and I developed it, we talked about Marty Scorsese directing the picture. We wanted it done in black-and-white. Instead of Marty Scorsese, Kevin felt indebted to Larry Kasdan. He became the director of the movie. From what I understand, Larry Kasdan wanted to write the screenplay. Kevin, from what I understand, said he liked the script. Kasdan, I felt, wrote a horrible, God-awful piece of dung. It was so boring and pretentious and wooden and lifeless. The final screenplay became an amalgam of those two screenplays. So anything you like in the movie, I wrote [laughs]. Anything that was long and boring and dull, Kasdan wrote. You watch that movie, you lose the will to live. It’s a heartbreak to me because I know what could and should have been. I was so pissed off about it I wrote the book called Wyatt Earp. That is actually based on my screenplay.

“I was the second writer on Hurricane. Armyan Bernstein, who was and still is the head of Beacon Pictures, wrote a screenplay but felt the material got away from him. He said he needed to bring someone in to do a rewrite, which is an incredibly egoless, wonderful thing for him to have done. I was working on the production draft in New York. My son Zaki had just graduated from NYU, and he was working on an HBO picture as a production assistant. Zaki and I would meet after work around midnight, split a couple of steaks and a bottle of wine, and it was the best. Here was my firstborn, the only one of my three boys who went into the same business as me. There we were in the same business, and I see how mature he is, what a wonderful man he turned out to be. If I had to say what was the happiest time of my life that was it.

“We broke for the holidays. I came back from LA, and Zaki came back from New York to celebrate the holidays. The last in-depth conversation that Zaki and I had, he outlined his vision for a film school. He felt compelled to talk about it. He thought it all out – class size, curriculum. It would be a film school unlike any other – completely for independent filmmakers. The school became the Zaki Gordon Institute for Filmmaking. That was at Hanukkah. We were home, and he was exhausted that night. The next morning, he was killed in a car accident. When that happened, there was no way I could go back and work on [The Hurricane]. At the end of the day, I think the value of that movie is Denzel Washington’s performance more than the screenplay. 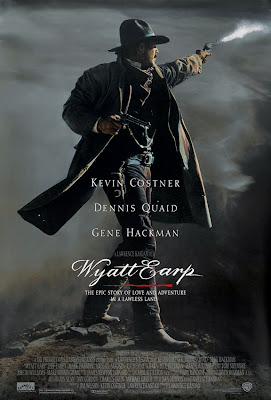 “After the accident, I thought I would establish some screenwriting scholarships for Zaki at various schools; that’s how I would memorialize him. About six months after the accident, I was on a plane going to Canada for my cousin’s wedding. I was sitting next to a woman, passing the time. She was going to Calgary to see a cultural park like the one being built in Sedona. Part of the deal with the cultural park was the addition of a film school, but she didn’t know anything about film schools. I told her exactly what the school was going to be: the Zaki Gordon Institute for Independent Filmmaking. I pitched her my son’s vision. She said it sounded great and asked me to be in Sedona in two weeks. I met with the president of Yavapai College, Doreen Dailey. I liked the idea of doing [the school] in Sedona because for years I had a ranch in Colorado, and we actually used to drive through Sedona to get there. I had memories of Zaki in Sedona. The negotiations were very hard because I wanted to make sure academia didn’t screw up Zaki’s vision. I wasn’t going to have my son get rewritten.

“We finally made it happen. About six months after the school opened, Doreen asked if I wondered why she was so good about helping me make it a reality. She said that she had grown up in a challenging environment in Alaska and she owed everything she had become to a mentor who made her college education possible. His name was Zack Gordon.” ––Interview by Erika Ayn Finch. Originally published in the January/February 2011 issue of Sedona Monthly
Posted by Arizona's Little Hollywood at 11:20 AM