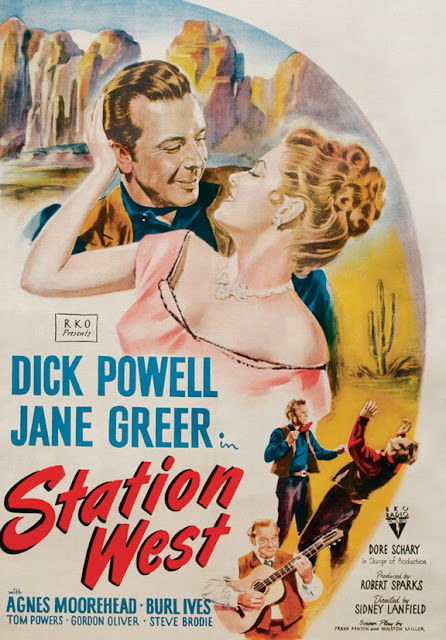 In 1948, popular folksinger Burl Ives was one of the main selling points for RKO Radio Pictures when it was promoting Station West, the partly filmed-in-Sedona cowboy film noir; he was fourth-billed in the credits and featured in all promotional materials. But when the film was re-released in 1954, Ives’ name mysteriously vanished, and his screen time greatly reduced. Bizarrely, Ives’ role in Station West seems to have been a little-noticed casualty of Cold War paranoia.

In May 1948, Obsessive-Compulsive millionaire Howard Hughes took control of financially struggling RKO. A virulent anti-Communist, Hughes fired approximately 1,900 of RKO’s 2,500 employees, virtually shutting down production for six months while his investigators dug into remaining workers’ pasts. “It is my determination to make RKO one studio where the work of Communist sympathizers will not be used,” Hughes told the Holly­wood Reporter in April 1952. To that end, Hughes set up a “security office” at RKO; one of its tasks was to purge suspected Communists from the credits of older RKO films being re-released to theaters.

Here’s where Ives appears to have run into a problem. In 1950, Counter­attack: The Newsletter of Facts To Combat Com­munism, published a book called Red Channels: The Report of Com­munist Influence in Radio and Television, which listed 151 people in entertainment and broadcast journalism linked to “subversive” organizations, either at the time or in the past. Red Channels claimed Ives had had past association with three obscure leftist organizations in the early 1940s. 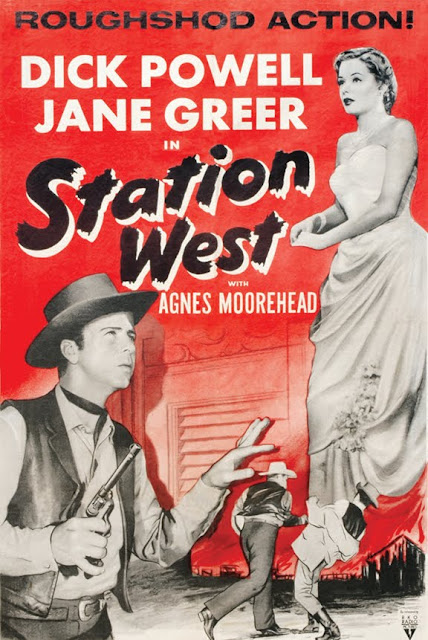 But on Sept. 25, 1952, under the headline “Reds Dupe Artists, Senate Group Says,” The New York Times reported that the Senate Internal Security Sub­committee cited Ives and three other show business personalities as examples of how Com­munists were using the respected American entertainers to unwittingly strengthen subversive aims. Ives was not accused of being either a Communist or a deliberate “fronter.” In a statement included in the Times story, Ives wanted it on the record that he’d voluntarily gone before the Senate to show he “never knowingly approved anything Un-American.” He closed the statement by saying: “I am not and never have been a Communist.”

By the looks of it, Hughes was not impressed. With no fanfare Ives’ name was erased from posters, ads, and the film’s credits when Station West was re-released to theaters in 1954. Look at the poster from 1948 (at top), which displays Ives’ name and image. This was typical of the film’s entire publicity campaign, which clearly aimed to leverage the folk­singer/radio personality’s popularity. In ‘54, however, Ives is conspicuously missing from all promotional materials, such as the poster above– funny that the campaign now sported a “red” color scheme.––Joe McNeill

Posted by Arizona's Little Hollywood at 10:30 AM