“When I read Roy Chanslor’s turbulent drama of the legendary woman known as Vienna and her Johnny Guitar, I wanted to do it on the screen. For me there was a special excitement in the role of this fascinating woman and in the fast-paced drama of this story of the West. Republic brought it to the screen in a Trucolor film I think you’ll enjoy.” – Joan Crawford’s introduction to Pocket Books' 1954 movie tie-in edition of Johnny Guitar. 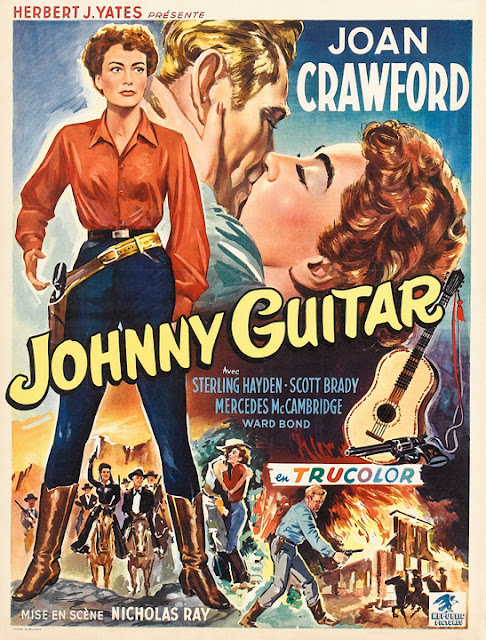 “I should have had my head examined. No excuse for a picture being this bad or for me making it.”– Joan Crawford, Conversations with Joan Crawford by Roy Newquist (Citadel Press, 1980)
Posted by Arizona's Little Hollywood at 8:38 AM