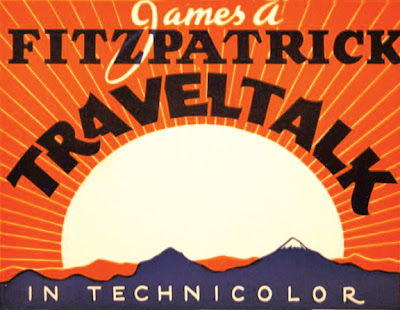 MGM sent a film film crew to Sedona—its last to make the trip to Red Rock Country for twenty years—in May 1943 to photograph scenes for Roaming Through Arizona, a one-reel “Traveltalks” short released in 1944 that included Technicolor views of Oak Creek Canyon. An entry in the long-running series produced by James A. FitzPatrick, Roaming Through Arizona is a simple travelogue that extolls the virtues of various state attractions, although the Grand Canyon, filmed during FitzPatrick’s visit to Arizona, isn’t included here; that footage was saved for use in a separate Traveltalk, Grand Canyon, Pride of Creation (1943).

The nine-minute Roaming Through Arizona, silent with a voice-over narration and music, does offer pleasing postcard views of the Mission of San Xavier, south of Tucson, as well as the statues of World War I aviator Frank Luke (on the grounds of the state capitol building in Phoenix) and Captain William “Bucky O’Neill” (organizer of the Arizona unit of Teddy Roosevelt’s Rough Riders) in Prescott, along with Prescott’s Granite Dells. It tells the histories of the cliffside mining town of Jerome, the Petrified Forest National Monument, and Wickenburg’s Hassayampa Well, Rodeo, and wedding chapels.

However, Sedona is the only location visited in Roaming Through Arizona that’s not identified by name, despite the beautiful views of Bell Rock, Capitol Butte, and Gibraltar Rock (near Lee Mountain). The intimidating switchbacks of Oak Creek Canyon are mentioned by name in passing, but FitzPatrick mistakenly gives credit to Mayhew’s Oak Creek Lodge as the place “where Zane Grey wrote his famous book The Call of the Canyon.” The film fades to black as the camera offers a sweeping panoramic shot of Sedona’s anonymous terrain while an offscreen chorus warbles “Home on the Range.”––Joe McNeill
Posted by Arizona's Little Hollywood at 7:44 AM