During his 2005 visit to Sedona, I caught up with perennial movie bad guy Morgan Woodward, who is best remembered as Cool Hand Luke’s “man with no eyes.” Woodward reminisced about 1968's Firecreek (partly filmed in Sedona) and its stars, Henry Fonda and James Stewart, as well as his moviemaking career.––Joe McNeill

MORGAN WOODWARD: I just saw a copy of the local press and they quoted me saying it was “absolutely the greatest cast I ever worked with.” Well look at the cast, for God’s sake. This started out as, I think, a CBS-Warner movie or something like that; and there was Jimmy Stewart, Henry Fonda, Jack Elam, Inger Stevens, Jimmy Best and on and on and on. You know, I looked at that cast and thought, “Jesus, I’ll be lucky to get billing above Glen Glenn Sound!”

They [Stewart and Fonda] were two top leading men; of course, at that time they were in kind of the sunset of their careers. Except Fonda came back real big with Katherine Hepburn in On Golden Pond [winning his first and only best actor Oscar in 1981]. They were old friends but had worked together in a picture only once before, and that had been many years earlier. They were available at that time and that’s the reason they got to work together. And I got to work with them.

How did you get into films?

With Walt Disney, in The Great Locomotive Chase. There was a great part in it, this wild-ass Confederate Master Sergeant––a bad guy––who threatened James J. Andrews, who was played by Fess Parker. Fess and I went to the University of Texas together, we were fraternity brothers. Fess told Walt, I know a genuine redneck that can come out here. He’s an actor, he’s been on stage before, he can do that part. Walt told him to have me come test for it. I did the test and got it, and then did two more pictures for Disney. That was 1955. 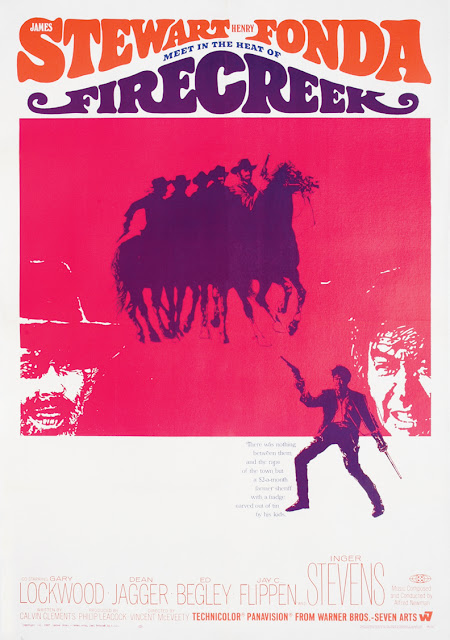 Do you have a favorite role that you’ve done?

Well, I would say my favorite roles were on Gunsmoke. Of course, Cool Hand Luke was an absolute giant step for me. I think it was Bosley Crowther in The New York Times who wrote ‘Morgan Woodward may be the only actor since Jane Wyman in Johnny Belinda to get an Academy Award for never speaking a word.’ If you remember, she couldn’t hear or speak in that. So that quote made it into the trade papers.

One more question; I read somewhere that your uncle was a doctor and that he delivered Tex Ritter, the singing cowboy and John Ritter’s father. Is this true?

Uh huh. All my uncles were doctors. You know Tex Ritter’s real name? It was Woodward Ritter. Tex Ritter’s father named him after my uncle, Dr. Samuel Andrew Woodward, who delivered him. Let me tell you how im­pressed John was with that. His dad got the Golden Boot award posthumously. I’d never met John before and I walked up to him and said, “John, my name’s Morgan Woodward; my uncle, Dr. Samuel Andrew Woodward, delivered your father.” He said, “Oh.” Then he turned and walked away. Sometimes I’m surprised at the reaction I get from people.
Posted by Arizona's Little Hollywood at 8:30 AM